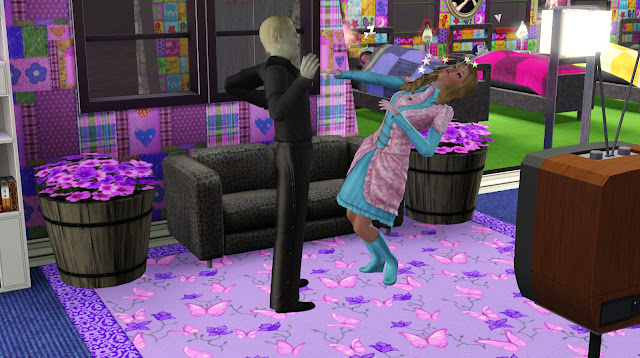 Apollo speaks to others while they sleep. 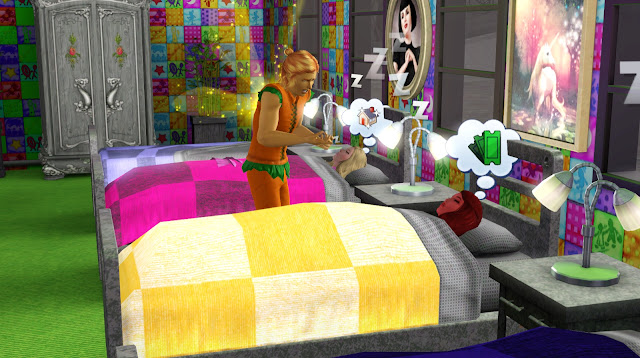 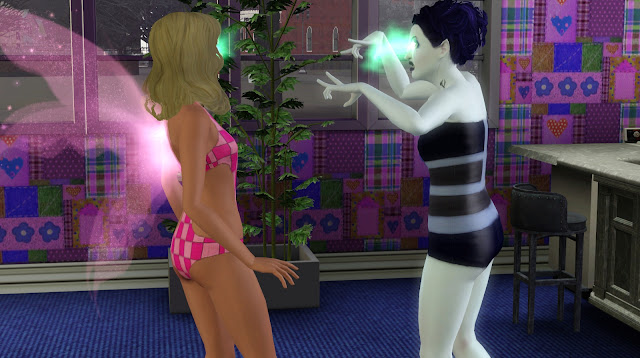 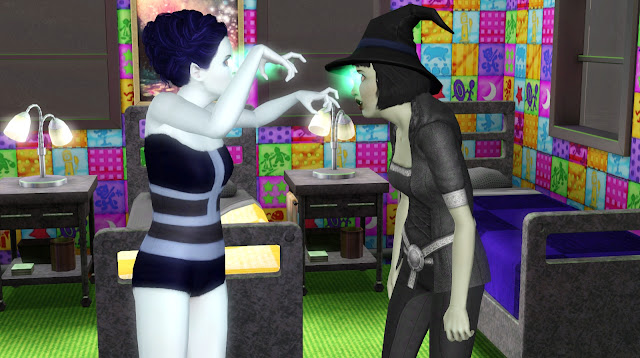 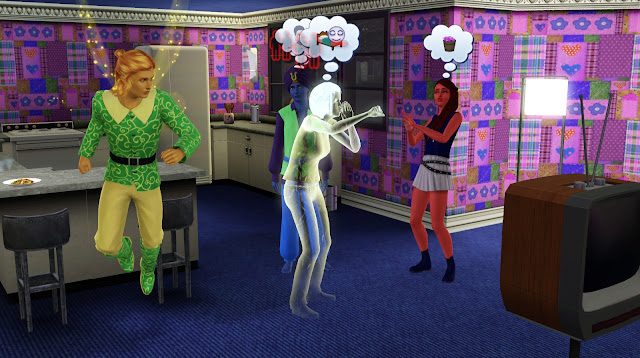 A regular day at the asylum.

Drusilla and Glinda were the first to leave the inside, to have a water ballon fight all of thing. So much for hate the outdoors sims. 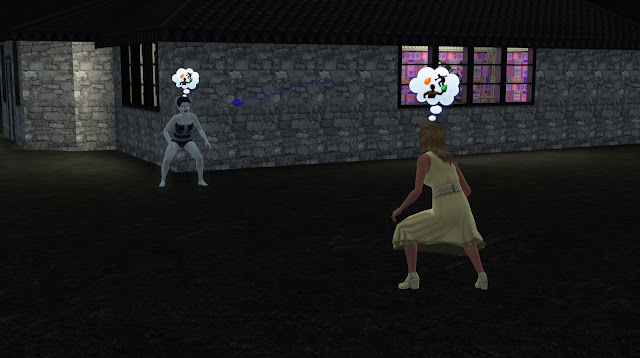 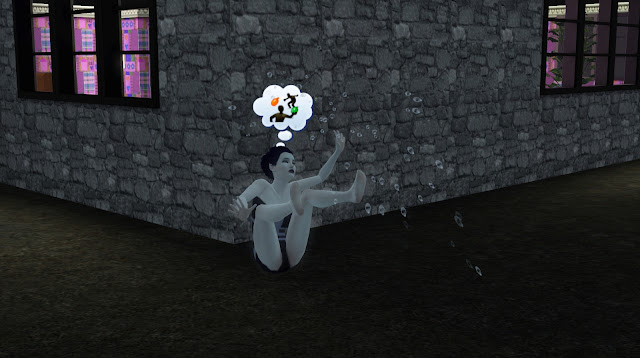 Apollo and Amelle talk a lot about being fairies.
Apollo: This is the perfect pose to demonstrate the innate ability we possess. 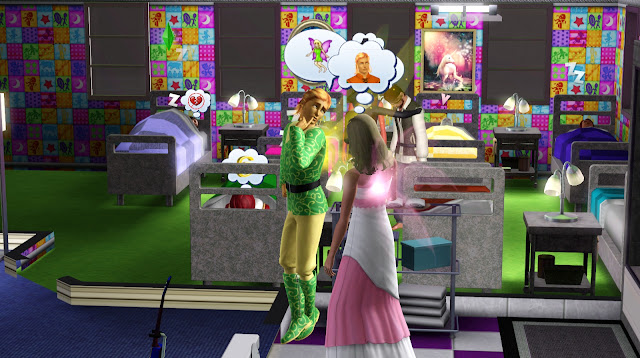 A ghost cooking, I thought it was great that she helped with housework. 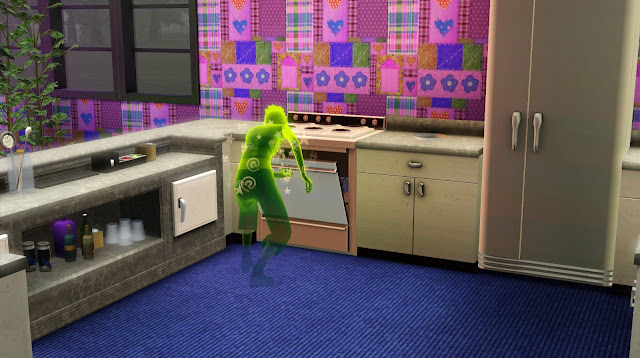 Of course, seconds after I thought that, this happened. 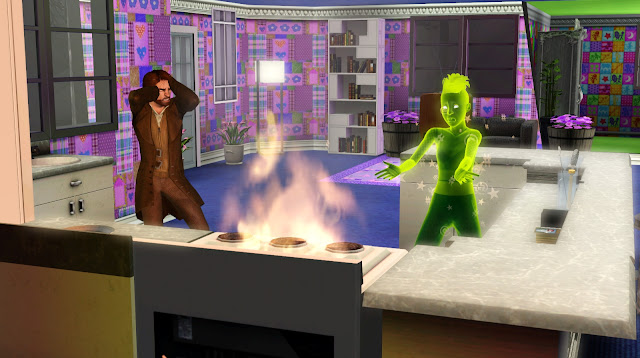 Luckily, Arandano was there to save the oven again (sort of). 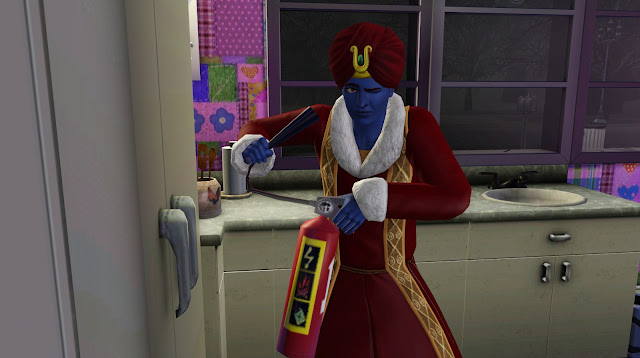 In the middle of all this, Lola won a star of fame. 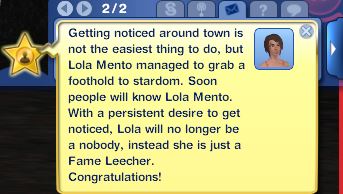 Why? You ask, I really don't know, the only things she has done is paint and clean what her cohabitants get dirty. 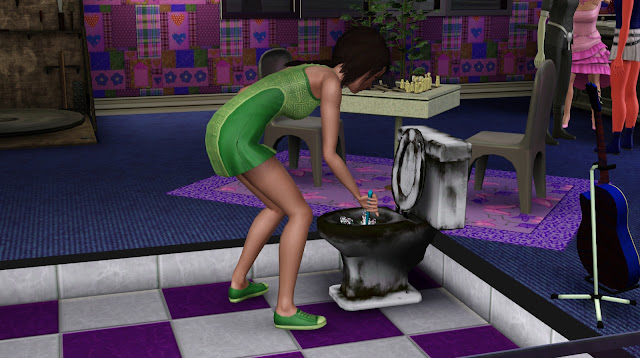 Spike changed target for slapping, I don't know why he'ss so obsessed with that. 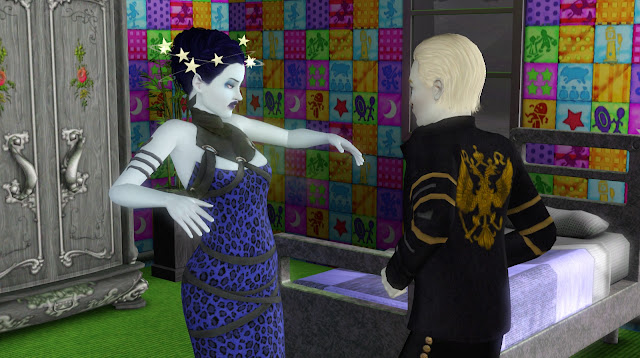 The house seems to have a route problem that originates in the bethroom. The sims walk around it to access the beds. 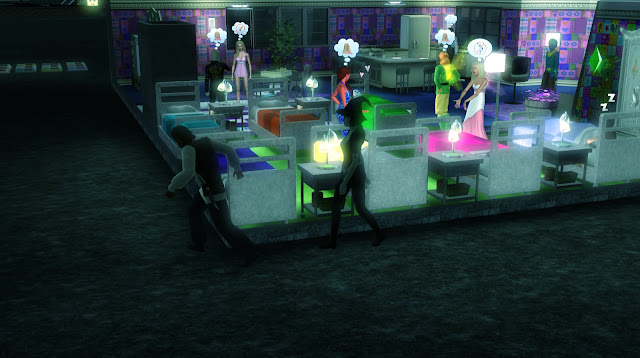 Or they stand in the middle of the room without going anywhere. 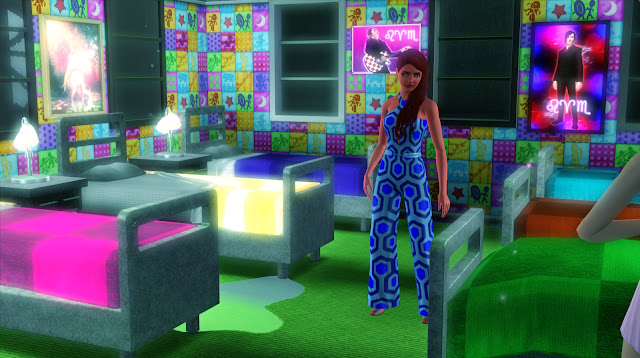 The consequence is that they pass out anywhere. 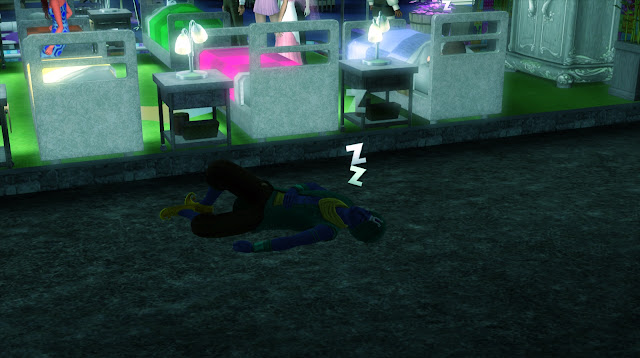 I think I'm going to cheat some money and enlarge the room, why add money? Because of this.

The only source of money is Lola's paintings, which is not much to say because she is the most absent minded sim I've ever had and never ends a painting at once, always having to remind her to finish them. 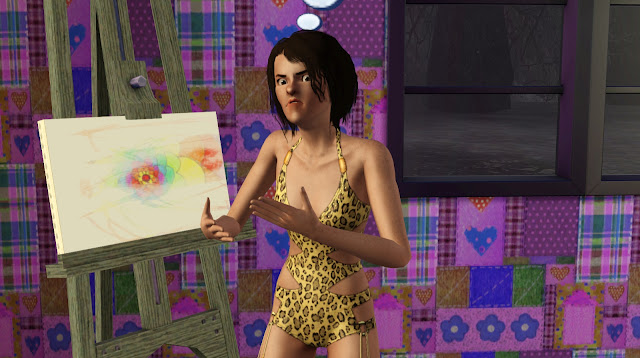 I'm starting to think that she'll never complete her lifetime wish. On the positive side, none of the other sims are interested in the skilling objects so Lola has these for herself. Yes, I'm counting that like a positive thing because at this point I don't care about the total points, I just want to finish the challenge because the save is very glitchy. And it's only been a week in the game!

In addition, what is very funny at the beginning, ceases to be when it is the only thing that really happens in the house. 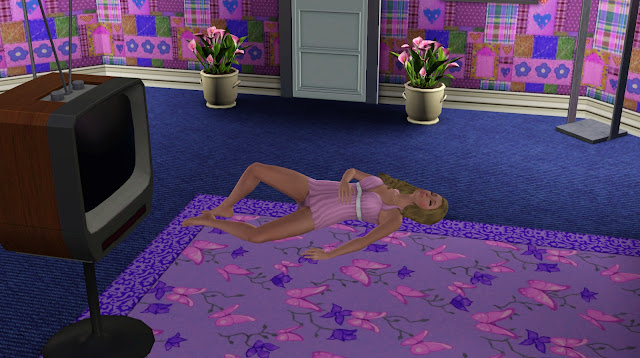 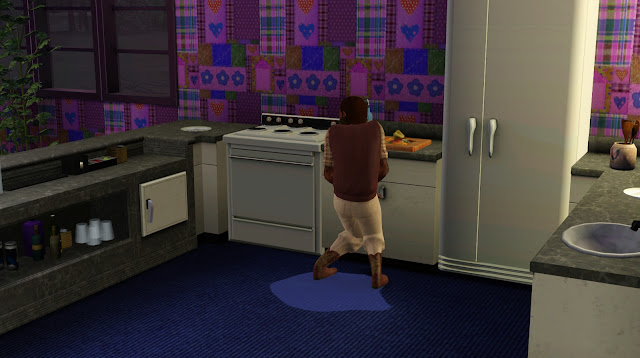 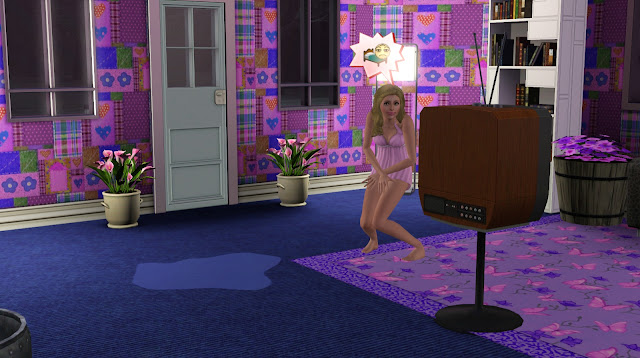 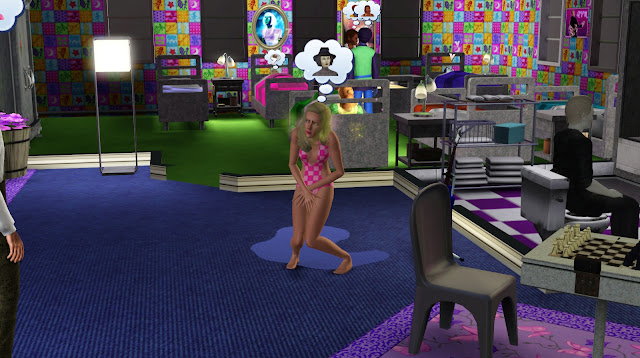 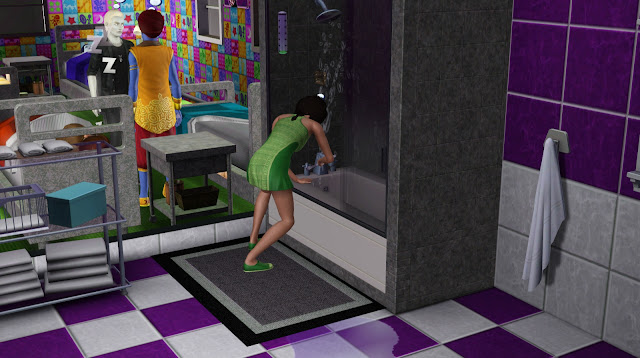 The only two more or less interesting things that happened were:
One, a fight between the two werewolves. 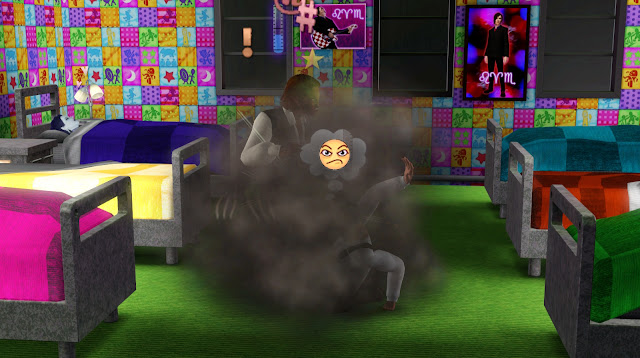 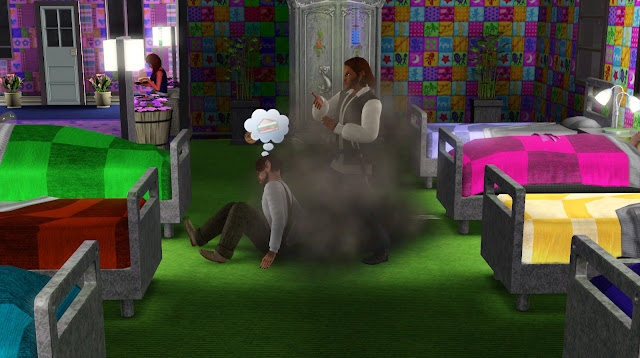 Two, Spike and Apollo flirting with each other. I was very excited about this! 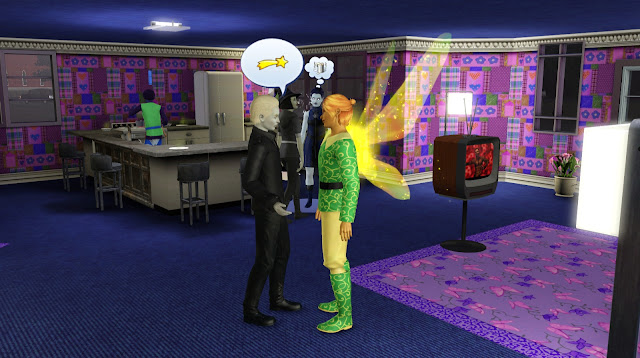 Unfortunately, Apollo interrupted the sequence accusing Spike of being a vampire. SIMS! 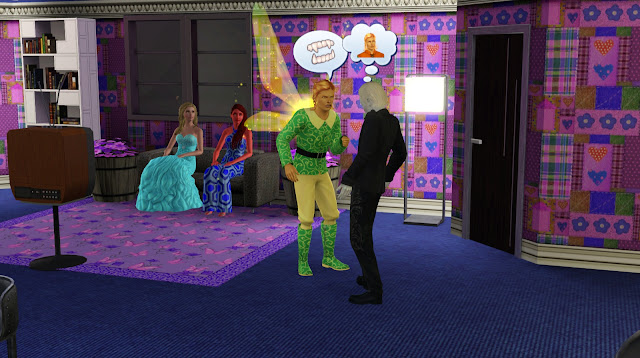 Glinda: This is more interesting than watching a soap opera.
Blueberry: I totally agree. 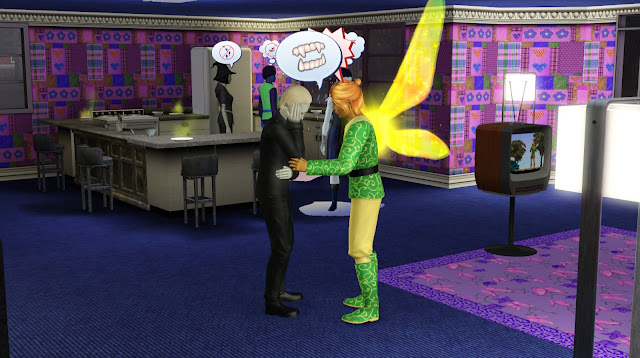 Then Apollo comforted him.
Apollo: It's ok, nobody cares that you are a vampire.

After this experience, Spike returned to his favorite hobby. People slapping. I don't think slapping a werewolf is a good idea. 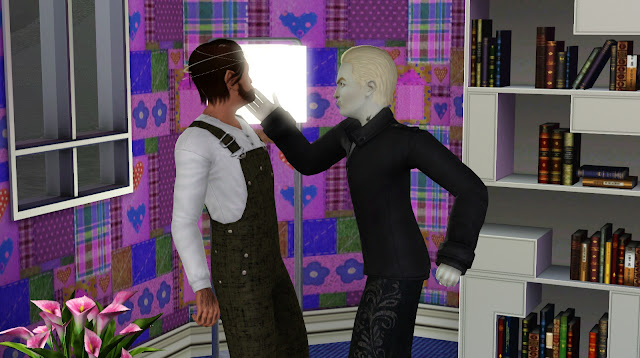 Just in case, Tavo, the other werewolf, decided to sneak away. 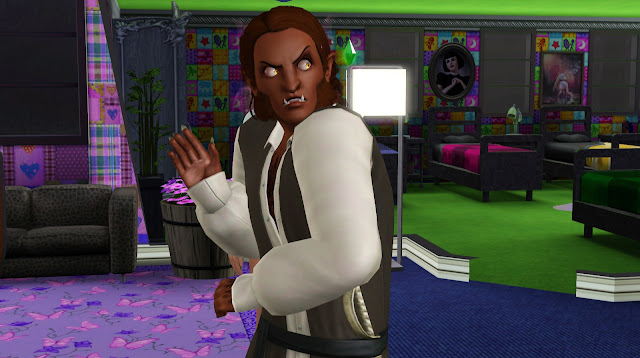 And with that subtle face we finish the week and this update.

Summary so far:
Lola's LTW: Not close to finishing it (painting 6, guitar 3).
Skill points: Maybe 1 or 2 of cooking of some hungry sim, since none of them are interested in skilling.


Previous Chapter    Next Chapter
Posted by CeresIn at 5:37 PM